(Laurel, MT)  Today, the Montana Family Foundation released the Montana Judicial Candidate Spending Project.  The report is a factual record of where Montana judicial candidates have contributed their own money.

“Montanans are frustrated.  Every election cycle they are asked to vote for judges that they know nothing about.  The Montana Judicial Candidate Spending Project is an attempt to bring transparency to the process and help voters cast informed votes,” says Jeff Laszloffy, President and CEO of Montana Family Foundation.

Choosing the right candidate for one of Montana’s court seats can be one of the most frustrating parts of voting in Montana, especially since very little can be found about the candidates or their values.  “In the case of Minnesota v. White, the U.S. Supreme court said people voting for judges have both the right and responsibility to cast informed votes,” says Laszloffy, “This isn’t an attempt to pin party labels on nonpartisan judicial candidates, but rather to add just one more data-point to help frustrated voters cast informed votes.”

We Failed But There’s Hope

In this exciting summer of court win after court win, our one regret from a policy perspective is the failure of the Montana Locker Room Privacy Act to make the ballot.

First, let me thank all the churches and individuals who helped gather signatures. Some of Montana’s largest churches were involved and many individuals gathered hundreds of signatures. Sadly, in the end, it was not enough. What should have been a slam-dunk in the end came up woefully short. And we need to figure out why before the next big battle surfaces.

With at least two schools in Montana allowing boys who think they’re girls to use the girls’ restrooms and our polling showing nearly 70% of Montanans opposed to allowing people to use the locker rooms and restrooms of the opposite sex, the failure of the initiative to make the ballot left us scratching our heads.

In 2014, we gathered over 87,000 signatures to place the Montana Marriage Amendment on the ballot. This time, we were only able to gather 9,000. Clearly, something has changed. Last time, we started just four months before the deadline. This time, we began a full year in advance. In terms of money, we spent more just trying to gather signatures this time than we spent on the entire effort last time, advertising included.

So what’s the difference? What happened between 2004 and 2018? On the surface, several things. Many of the evangelical churches chose not to be involved, and the Catholic churches who played such a large role in 2004, were entirely absent this go-around. Many people called our office frustrated that they could not get their churches to get involved.

Another factor seemed to be the confusion and frustration surrounding the two ACLU lawsuits. People worked so hard last summer, only to have their signatures voided because the court decided to make some insignificant changes to the ballot statement language. Honestly, it took the wind out of everyone’s sails. When the ACLU filed their second lawsuit, people held back concerned that the court would nullify their hard work a second time.

Then there was the misinformation printed over and over by the press even after we confronted them with the facts. It was almost an attitude of, “That’s our story and we’re sticking to it.” The biggest was the threats made by the Obama administration that went away as soon as President Trump took office.

And finally, we heard anecdotally that many people were afraid. In one large church, the pastor preached on the subject and made an impassioned plea for his congregants to sign. Many would not, citing possible repercussions at work if their boss or friends found out. If this is true, then we have a far larger problem in the church than the failure of an initiative to make the ballot.

The good news is that this issue is headed for the U.S. Supreme Court, probably in the Boyertown case, and by the time it gets there, Justice Kennedy’s replacement will be on the bench. We may have lost this battle here in Montana, but I predict that in the end, we’ll win the war.

The Battle for the Court is Joined

When it comes to the nomination of Brett Kavanaugh to the Supreme Court, ask yourself one thing: Why does every article that discusses the nomination mention Roe v. Wade? According to the courts, this is settled law, a done deal never to be reversed. But just like the infamous Dred Scott decision, the Court can and does occasionally get it wrong. And

Roe v. Wade is anything but settled in the hearts and minds of the American people.

For decades, the courts have been, as Robert Bork put it, Slouching Toward Gomorrah, with justices like Ruth Bader Ginsberg openly admitting that they have at least a modicum of contempt for the U.S. Constitution. Years ago, Justice O’Connor said that the Court would increasingly rely on international law rather than the U.S. Constitution when making their decisions. This led to a series of 5-4 decisions on things like Obamacare and same sex marriage, which increasingly took the nation to the left against the express will of the people. The Constitution was seen by some of the justices as a mere suggestion rather than the bedrock set of principles upon which the United States would be governed.

That brings us to the battle before us and the chance to replace a moderate Justice Kennedy with a strict Constitutional constructionist like Brett Kavanaugh. There are those who say we shouldn’t use terms like “battle” to describe this nomination.  It seems so melodramatic, they say. That may be so, to a degree, but like it or not, it’s a battle, nonetheless. And our side needs to see it that way. The other side certainly does. They see their power of judicial activism slipping away, and they’re not about to let it go quietly.

Over the past two months, in decision after decision, from Masterpiece Cake to NIFFLA v. Becerra, to Janus v. Unions, we’ve seen what happens when the Supreme Court adheres to the Constitution, and it feels good. It feels like they’re finally playing by the rules that we all agreed on, and I, for one, would like to see that continue. The Constitution either means something or it does not. If it contains provisions that are no longer relevant, or lacks provisions that should be included, there’s a legal method for amending it. But our nation and Constitution should never be allowed to become the victim of judicial activism.

President Trump campaigned on the fact that he would appoint judges that would uphold the Constitution as written, and so far, he’s done just that. There are currently 143 federal court vacancies, and 91 nominations pending. Since President Trump took office, 43 of his nominees have been confirmed. That’s more than any other President at this point in his presidency in recent history. And all of them are young, Constitutional constructionists who will be on the bench for decades to come.

The left says that Trump is stacking the courts with conservatives, but when it comes to the courts, conservative v. liberal takes on a whole new meaning. Judicial conservatives see the Constitution, as written, as a strict control, while judicial liberals see the Constitution, at best, as an annoyance and at worst, as an archaic document to be ignored or rewritten by judicial decree. The U.S. Constitution is the oldest surviving constitution of any nation, and upholding it should be Job One for the President, every member of Congress and every judge in every courtroom in America. 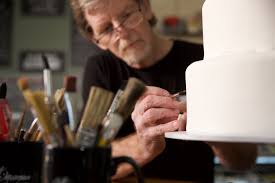 Jack served all customers, but like most creative professionals, he simply couldn’t express messages or celebrate events that violated his beliefs. Today’s 7-2 decision by the Court affirmed that basic freedom.

“We celebrate today’s decision as the Supreme Court pointed out the obvious; tolerance is a two-way street and gay rights do not trump religious freedom”, says Jeff Laszloffy, President and CEO of Montana Family Foundation.

Today’s victory affirms that the government was wrong to punish Jack Phillips for operating his business, Masterpiece Cake Shop, according to his religious beliefs.  Countless people from faith traditions as diverse as Islam and Christianity, believe that marriage is a sacred union of a man and a woman. Today’s decision affirms that no one should be bullied or banished from the marketplace for peacefully living out their deeply held religious beliefs.

By upholding Jack’s freedom to peacefully live and work consistent with his beliefs, the Court reiterates that tolerance and respect for differences of opinion are essential in a pluralistic society like ours. They enable us to peacefully coexist with each other.

After nine months and obvious slow walking by a judge in Missoula, we finally have movement on a case we’ve been tracking for the past six years. It’s the case of Planned Parenthood v. State, and it all began in 2012 when voters passed a ballot referendum sponsored by the Montana Family Foundation.

As you may recall, LR-120 was a ballot referendum that banned abortion providers like Planned Parenthood from performing abortions on minors without notifying their parents. It was later strengthened to require consent rather than simple notification. Planned Parenthood immediately filed suit to block the State from defending the law and won a preliminary injunction in Helena District Court. Attorney General Tim Fox appealed that decision, and it was overturned by the State Supreme Court in 2015.

That sent the case back to district court where it has languished for the past three years, finally ending up on the desk of Judge Karen Townsend of Missoula. Whoever said the “wheels of justice turn slowly” could use Judge Townsend as their poster child. This case has been fully briefed with motions pending for nearly nine months. Now we’re happy to report we have movement, sort of.

On April 23rd, Judge Townsend finally issued an order on the State’s motion to dismiss the case based on a lack of standing. This case has two plaintiffs: Planned Parenthood and their former medical director, Dr. Paul Henke, who died in 2017. It’s the State’s contention that Planned Parenthood has no standing to bring the suit, and since Dr. Henke was the only plaintiff WITH standing, and he’s now dead, the case should be dismissed.

The judge agreed that there was no longer a valid plaintiff, but gave Planned Parenthood 30 days to find a substitute for Dr. Henke. That window closes next Wednesday, at which point the State will be given two more weeks to respond to the motion to substitute.

You see what we mean by the wheels of justice turning slowly? If they went any slower, we’d be going backwards. It’s important to know that this ballot initiative passed by 71%. Conservatives, moderates and even some liberals agree: Surgery should not be performed on a minor without their parents’ knowledge.

Which raised a good point: Why is abortion treated as a sacred cow? Why do legislators who normally apply sound logic suddenly throw logic out the window when it comes to the subject of abortion? They do it because it’s a litmus test issue for those on the left, just as it is for those on the right. It’s as tough for a pro-life Democrat to get through a primary election as it is for a pro-abortion Republican. There are just some issues that are so heated that they will never be dealt with logically in a legislative setting. And it’s those types of issues that keep both parties true to their base.