Who Do I Vote For? 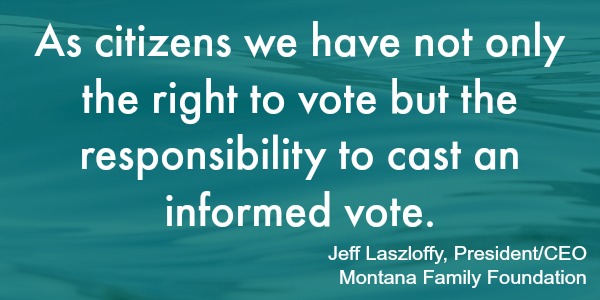 Ready or not, here they come! It’s election season and absentee ballots are being readied by county election officials across the state. Now the question is; who to vote for? Where can you get reliable information on the candidates? It seems every other ad on television is a campaign ad, is that a reliable source? What about those glossy flyers that fill up your mailbox? Or the internet ads that keep popping up on your screen? Better yet, what about talking to the candidates themselves? Or looking to see which of our neighbors have whose campaign signs in their yards. Are any of these a clear indication of who to vote for? In my humble opinion the answer is both yes and no. Because each of these contains some truth, but not the total truth.

Candidates tell you what they want you to hear but it’s not their job to tell you their own faults. That job falls to their opponent. Some people call this negative campaigning, but it’s really an important part of the process. It sets up a mechanism to make sure that candidates are fully vetted. The candidate tells you the very best, the opponent tells you the very worst, and the truth is probably somewhere in the middle. It’s up to us to discern the truth. Thomas Jefferson once said that, “The purpose of an education is to create a citizenry intelligent enough to maintain its freedom.” It’s really up to us to dig up the truth and some voters are more diligent than others.

What’s frustrating is voters who put in no effort at all, and who vote on the last soundbite they heard on a 30 second T.V. commercial. We call them low information voters and campaigns spend a lot of time chasing their votes. The problem is, their vote counts just as much as the person who spends weeks trying to figure out who to vote for. The thought that my vote could be canceled out by someone who spends his evenings sitting in his lazy boy, sucking on grape sodas and watching re-runs of Ripley’s Believe-It-Or-Not, is almost more than I can bear. There is however, another way to cast an informed vote and that’s by using endorsements by groups that you trust.

For teachers, it might be the Teacher’s Union. For sportsmen, it might be the NRA, or the Montana Shooting Sports Association. And for those interested in Judeo Christian Family Values, might I suggest The Montana Family Foundation. Ours is a hard endorsement to get. Current officeholders running for re-election must have a 100% pro-family voting record in their most recent term in office. Those who have never held office must have a 100% pro-family score on our voter guide questionnaire. For candidates like those running for supreme court who have never held office, we researched public statements and judicial decisions to determine who to recommend to our members. As citizens, we have not only a right to vote, but the responsibility to cast an informed vote.