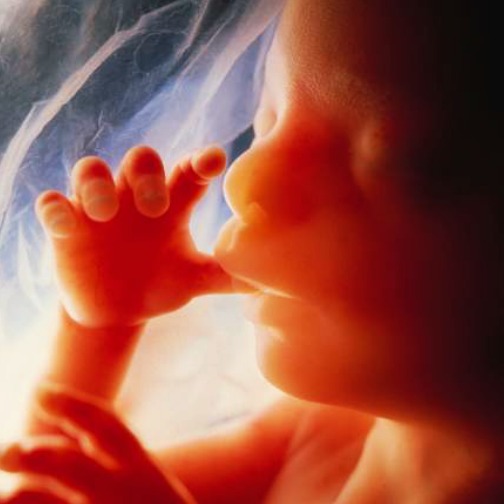 Think about it: major surgery without anesthesia. It would be horrifying of course and yet, currently, it’s not illegal, at least not for the unborn. Modern medicine can in many ways be a genuine miracle. With modern techniques, it is possible for surgeons to perform amazing procedures on fetuses while they are still in the womb. A baby that might otherwise be born with a birth defect or not be born alive at all, can instead be saved, but of course, the same modern methods that make inter-uterine surgery possible, also make possible the American tragedy of abortion.

That’s why House Bill 479 by Representive Al Olszewski is such a great piece of legislation. This bill mandates that surgery performed in-utero on an unborn baby at at least 20 weeks of gestational age, requires that the fetus be given anesthesia. Representative Olszewski is an orthopedic surgeon who treats people in emergency rooms, so he is eminently qualified to speak out on the issue and we’re grateful that he led the charge on this bill.

Surgery to help save an unborn fetus is a medical miracle made possible by modern technology, but abortion is the dark side of that equation. This bill would require that abortion providers would have to use anesthesia as well and would also have to report to the government about how they do so. Now I don’t believe that this family broadcast is an appropriate place to go into detail about how late-term abortions are performed. It is a horrifying practice and one that I pray will one day end in America. Unfortunately, that hasn’t happened yet, but until it does, at the very least we should require anesthesia.

Some people say that there is no scientific consensus about whether unborn babies can feel pain. Some people believe that they don’t; others believe that they do. Even among scientists there has been some disagreement, but there are studies that clearly show that fetal pain is real. In his remarks supporting his bill, Representative Olszewski stated that those parts of the nervous system necessary to experience pain, can develop by 20 weeks of gestation. To me, consensus is not the issue. Waiting for some scientists to agree is not the issue. If there is any chance at all that an unborn baby might feel pain during a surgical procedure, then anesthesia is a moral imperative.

This “Fetal Pain Bill” has already passed the Montana Legislature because you, and other Montana families like you, have helped make that happen. Your phone calls and emails got this landmark bill through the legislature. Now, it’s time to take it across the goal line. House Bill 479 is headed to the governor’s desk and he will be under a lot of pressure to veto it. Planned Parenthood and NARAL are already flooding the capital with money and lobbyists to convince the governor that the idea of requiring an anesthesia for surgical procedures on a fetus is a bad idea. Apparently to Planned Parenthood, the abortion industries profit margins are more important than common decency.