Video: Stand with Us Against Planned Parenthood 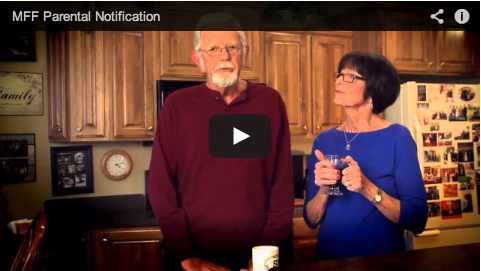 Recently, I heard a man say,

“Defeat is never permanent, neither is victory, the only thing that’s

permanent is the battle itself.”

This is especially true when it comes to Planned Parenthood of Montana, an organization that we’ve opposed for over a decade, and will continue to oppose for the foreseeable future.

In a recently filed lawsuit, Planned Parenthood asked the court to block implementation of Montana’s recently passed law requiring parental consent for a minor to get an abortion.

So why would Planned Parenthood file suit? Simple, it’s all about the money. Abortions are Planned Parenthood’s largest profit center, and they don’t want anything to jeopardize that; especially the involvement of parents.

They ignore the fact that nowhere else in society is a minor allowed to have surgery without their parent’s consent. Parental consent is required for a tattoo, an aspirin at school, a body piercing… so why not for a procedure as invasive as an abortion?

This is what happens when political correctness is allowed to trump common sense. Government should not allow abortion providers to come between parents and their children—that’s why we fight so strongly for parental rights.

As 2013 draws to a close, it’s time to lean into the tape, finish strong and prepare for next year.
Please donate today to help us defend Faith, Family & Freedom in Montana!