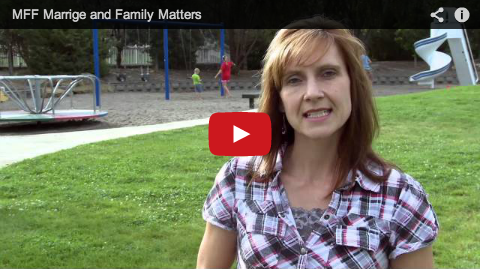 Recently, the ACLU filed a lawsuit that could potentially nullify the Montana Marriage Amendment that voters passed by a 67% margin back in 2004.

The people and the legislature are on our side, but unfortunately the courts and Governor Bullock are another story.  Playing off of what they see as momentum for their side coming off of the recent U.S. Supreme Court decisions, proponents of gay marriage are attacking the institution of marriage at every level in many states, including Montana.

Marriage should be reinforced, not re-defined.  And that’s our goal.

An alarming development is the number of churches that are bowing to the god of political correctness.  Several mainline denominations are now involved in the effort to implement same-sex marriage.  As Christians, we stick to a clear reading of the Bible and we believe God ordained marriage for two reasons:

First and foremost, marriage is a model of the relationship between Christ and His bride, the church.  Second, it provides the most stable environment in which to raise children, and that is why government is involved.  Well-raised children are crucial to the long term health and stability of any nation.

Do all marriages result in children?  No, but the vast majority do and statistically kids do best when they’re raised in an intact home with their biological parents.  They do better academically, physically, mentally, and show lower rates of incarceration, drug abuse, out-of-wedlock births, and dependence on welfare.

Clearly it’s in society’s best interest to strengthen marriage, not weaken it.

The other side says this is about justice, and we agree.  In a just society marriage will consist only of one man and one woman because every child deserves a mom and a dad.

Thank you again for your partnership.  With your help we will keep Montana a great place to raise our children and grandchildren.

As 2013 draws to a close, it’s time to lean into the tape, finish strong and prepare for next year.  Please donate today to help us defend