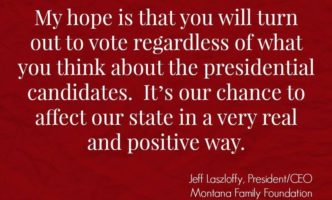 As is often the case, who wins and who loses in the upcoming November election is, to a large degree, a function of voter turnout. This was critical in the 2012 election cycle where evangelical Christians stayed home in droves and Mitt Romney lost, giving President Obama his second term.

This year will be no different, but there are some interesting nuances. With the latest polls showing an extremely tight race between Donald Trump and Hillary Clinton, turnout is critical and both candidates have their challenges. Trump, like Romney, has yet to seal the deal with rank and file evangelicals, although he does appear to have the support of the Who’s Who of evangelical hierarchy nationwide. Clinton, on the other hand, has yet to lock up the millennial vote that largely supported Bernie Sanders in the primary. The conventional wisdom was that they would migrate to Clinton after Sanders’s defeat, but that didn’t happen. Whether it’s a lingering bitterness over the way Sanders was treated by Clinton and the Democratic party or Clinton’s numerous conflicts of interest or her health issues, millennials remain skeptical. In a recent Quinnipiac poll, millennials, in large numbers, are leaning toward third party candidates Gary Johnson and Jill Stein. According to the poll, in a head-to-head match-up, Clinton leads Trump 48% to 43%, and she’s particularly strong with millennials where she leads Trump 55% to 34%. Her problems begin when Libertarian candidate Gary Johnson and Green Party candidate Jill Stein are added to the mix. In a four-way race, Clinton’s lead over Trump falls to 2%, 41% to 39% with Johnson at 13% and Stein at 4%. And when we zero in on the millennials, the numbers are even more dramatic. Clinton falls to 31%, Johnson rises to 29%, Trump is in third with 26%, and Stein takes 15%. The latest CBS/New York Times poll shows similar numbers, and this begs the question: Will millennials stick with their preferred third party candidates on election day, even if it means Trump may win, or will they stay home and sit this one out altogether?

Another question is: How does this affect us here in Montana? And the answer is: More than you think. Presidential elections tend to have more energy and, thus, a larger turnout, but that can be a double-edged sword. If a party’s candidate is popular, it can bring people to the polls who generally vote sporadically. If the candidate is unpopular, then large portions of the base may stay home. This, in turn, has a huge positive or negative impact on the down ticket races, such as the race for Governor, Attorney General, Supreme Court and the State House and Senate. And the sad thing is that the farther down the ticket you go, the more real impact those elected officials have on people’s everyday lives. I would argue that local school board members and city and county commissioners have a much bigger impact on our lives in terms of tangible everyday decisions, than the President of the United States will ever have.

My hope is that you will turn out to vote, regardless of what you think of the Presidential candidates. It’s our chance to affect our state in a very real and positive way.

For the Montana Family Foundation, this is Jeff Laszloffy reminding you that this government is your government and your input DOES make a difference!