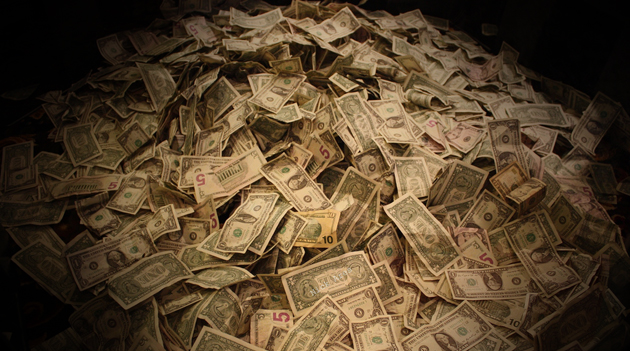 These days, you hear the words “Dark money” tossed around an awful lot when it comes to politics. But what do those words really mean?  Why is some political money “dark” and other “light”?  If you’ll pardon the pun, today I’d like to shed a little “light” on the situation.

The words “dark money” are often used by people who want to require Americans or Montanans to jump through certain hoops before they’re allowed to contribute to a political campaigns. They claim that their only goal is to have the political donation process be more open and transparent.  It’s a nice idea, but in reality what they’re accomplishing is much different. In fact, the disclosure forms that they require have been used in other states to intimidate pro-family donors.  In California, one man who donated to Prop 8, the effort to keep marriage between a man and a woman was forced out of his job as a CEO of a company more than eight years later!

In this environment, where political advocates use intimidation and sometimes even death threats, some Montana families want to preserve their right to donate to political organizations without having to give up their right to privacy.

That’s what makes all this talk of “dark money” so misguided.  The politicians who set themselves up as opponents of “Dark Money” usually put forward legislation to require everyone who wants to donate to a political organization to fill out forms and give their name, home address, and even where they work.  Some bills like that are already making their way through the Montana legislature.

What if you want to donate to an issue campaign to keep marriage between a man and a woman, and someone later on uses that to force you out of your job, as happened in California?  Or what if you’re a union school teacher who’s in favor of school choice?  We have many supporters of the foundation who are.  Do they want their names and addresses published for the union leadership to see?  Or, does anyone remember the incident in Connecticut where, while partisans were trying to pass gun control, every single gun permit holder in the state found their location published by the local newspaper?

Montana Families have the right to participate in the political process without fear that some overly-enthusiastic advocate will use their home address to make threats or try to get revenge.

And of course, there’s also the simple idea that people should be free to spend their money how they want. If you want to give $50 to your local legislative candidate, is that really anyone’s business but yours?

Openness and transparency are great ideas when it comes to our elected officials and candidates. But when it comes to revealing the private lives of ordinary citizens, we need to find a better solution.  We all want a political process that’s easier for ordinary citizens to understand. We all want a greater role for everyday Montana mothers and fathers, and less influence for powerful special interests. But we can’t give up our rights to privacy and free speech in the process.

At the Legislature, the Montana Family Foundation is actively working to find ways to keep our political process open and accessible to the people, without putting the privacy and safety of Montana families at risk.