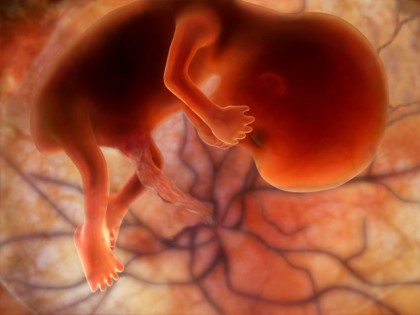 Let me preface today’s broadcast by saying that I always regret when we have to talk about abortion, because I know there are families with young children who may be listening. But this week, how can we talk about anything else?

Two videos have recently been released, exposing Planned Parenthood officials discussing taking money in exchange for organs and tissue from aborted babies. They’re shocking and horrifying. To listen to them coldly negotiating a price for aborted baby parts simply boggles the mind.

Let’s put all the cards on the table. The videos reveal officials of Planned Parenthood discussing how they can extract liver, heart, and lung tissue from an aborted baby. Then they show these officials discussing how much money they will get in exchange for that.

And evidence that accompanies the video clearly states that it’s a financially profitable arrangement for clinics.  One Planned Parenthood executive even wants to call the other Planned Parenthood clinics to see how much money they receive before settling on a price.  So, it’s reasonable to conclude that Planned Parenthood makes a profit from harvesting body parts from aborted children.

In other words, to all appearances, there is at least a possibility that federal law has been violated.

When the law may have been broken, the appropriate response is an investigation.  And since Planned Parenthood receives federal funding, our U.S. Senate and Congress have a duty to do exactly that.  At the Montana Family Foundation, we are calling on them to do their duty. We believe Planned Parenthood should be investigated and, if the results show what we believe they will show, they should be defunded and people should go to jail.

No more federal funds should go to an organization that

sells the body parts of aborted babies for profit.

We hope you’ll be willing to join us in this call. We have created a convenient form to help Montana families contact their U.S. Senators and Congressman. You can use it to call for the investigation and defunding of Planned Parenthood.

Simply click HERE and you’ll be taken to a form you can fill out. With just a few keystrokes and clicks, you can tell your representative and Senators that the time has come to defund Planned Parenthood.

This campaign has already produced results. Yesterday, Senator Steve Daines signed a letter urging an investigation. In less than a week, one of our three members of Congress has taken action thanks to you. Now, we need to keep up the pressure. Representative Zinke and Senator Tester must sign as well. Please, use the form to contact your Senators and Congressman. You can be a voice for change. We need your help, but it’s not just us who need you -the victims of Planned Parenthood need your help as well.

Selling body parts of aborted babies is horrifying. It’s illegal to do for profit. A Congressional investigation is not enough, but it is a first step.  It will take your input to make that first step happen. Please join us in calling on Congress to investigate.