It’s Groundhog Day All Over Again 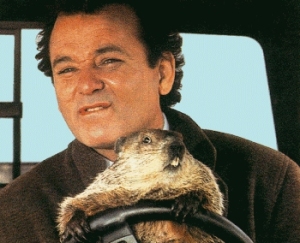 Most of us have seen the movie Groundhog Day. Bill Murray’s character is stuck in a fantasy land, living the same day over and over again, until he finally breaks out of it by making right choices in his life. As far as life choices go, it’s not much of a movie. But, if rather than life lessons you’re looking for a better understanding of the Legislature, then that movie can be a good place to start.  Every session we see a lot of the same bills over and over again. Every session, many of the same people line up to either pass them or kill them. And every session there are some surprises, some foregone conclusions, and everything in between.

The Legislature will reach their all-important transmittal deadline this week. On that deadline, every bill that originates in one house must have passed to the second, or it dies. As happens every session, the week before transmittal is laden with last-ditch attempts to pass legislation, to resurrect bills from their committees, and to get a headline or two for a pet issue.  But away from the TV cameras there are other transmittal traditions that happen every session. Chief among them is the sound of many advocates, lobbyists, and citizens breathing a collective sigh of relief as uncounted bad bills finally die for good.

As we report to you this morning, the so called Sexual Identity Non-Discrimination bill is almost surely dead. The Montana family foundation has been working to stop this bill for over a decade.  Every time transmittal rolls around, Montana families are relieved to see that bill die once again. Of course, we’ll most likely see it again in two years, but that’s how the Legislature works.  Likewise with the bill to redefine marriage in Montana, House Bill 282 was this session’s effort to re-write Montana’s laws to allow for same sex marriage. As we hit the transmittal break, that bill goes away for another two years.

Lately, so-called dark money has become just as much a “Groundhog Day” type of issue as the others. With some partisans wanting to regulate who’s allowed to spend money on elections and who is not.  These dark money bills have begun to come back every session, and every session the Montana Family Foundation has been there to insist that any bill about election spending had better guarantee the privacy and free speech rights of Montana families.

Some sessions, I hear Legislators or Lobbyists wishing that we could just kill a bill and have it gone forever, never to come back again. I sympathize – it gets frustrating fighting the same battles over and over again. And yet I never count myself among their number. While I do wish the statewide Gender Identity bill would go away and never come back, I also am firmly committed to never giving up the fight for pro-family policy in Montana.  I will never stop working for legislation that protects innocent unborn life.  No matter how many times the Legislature or the Governor or the Supreme Court chooses to allow abortion to go on.  The same is true of marriage, of religious freedom, and of parental rights and school choice.

Overall, the repetitive nature of the Legislature is healthy, because it means that Montana families need never lose hope. We can keep on passionately trying to make our state a better place and in the end, we will.